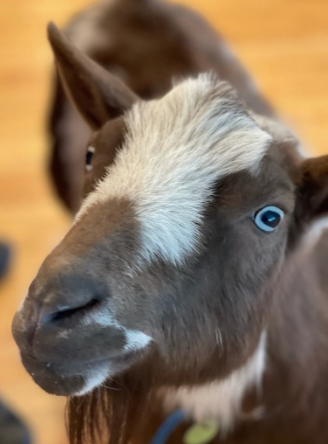 This is Baby. I came to meet him in a very unusual way. His owner’s sister called me for help. It seems the owner, a fifties-ish woman, was fleeing a domestic violence abuser. They had been sharing an inoperable RV on an urban farm. She’d had enough, so she had the RV towed to a place in Seattle both strange to her and uncertain as to safety.

I found her and within minutes I’d been introduced to Baby, who was sharing the RV with the woman, whom we can call Becky. Other than the oddity of Baby the Goat, Becky had lived a rather full life with a developmental disability serious enough that even she reported to being at about 3rd grade level on reading and comprehension.

Becky managed well in most other ways such as upkeep of the RV, fixing her meals, and so on. But the RV’s engine was a quagmire. It needed this, it needed that, and mostly these were guesses. Not so unusual in the world of vehicle residency where too many engines either stop working or never worked.

I took on sharing some of the many tasks with her that faced her. She needed the Benefits Law Center to straighten out how badly Social Security had messed up her status, such that they kept shrinking her allotment. For that connection we’d been helped by Mary’s Place. Becky wanted to get a battery and we had to drive 20 miles for the right size. She was still dedicated to getting this RV running. On the way back I made use of a colleague at Solid Ground to do intake of Becky into the Homeless Management Information System and to do an assessment.

Our Scofflaw Mitigation Team (SMT) partnership with St. Vincent de Paul provided Becky with one of their case managers. While all this was progressing, it was clear Becky’s abuser had learned where the RV was. She had it towed about 5 miles away to an old neighborhood of hers. Not exactly fooling the abuser who had his friend’s keep looking for her and once they did, to keep an eye on her. For our part we engaged the Sheriff’s Deputies. But she had to get out of the RV. It was never going to run. And it wasn’t safe.

My reaching out to Catholic Community Services enabled her to gain shelter, now being offered in a local hotel. On one of our drives to/from gaining her some supplies, I asked where she wanted to end up. “I just want a place where I can live and Baby can be there with me.” I asked, “what would you like to do once there?” She said, “I’d like to sew.” 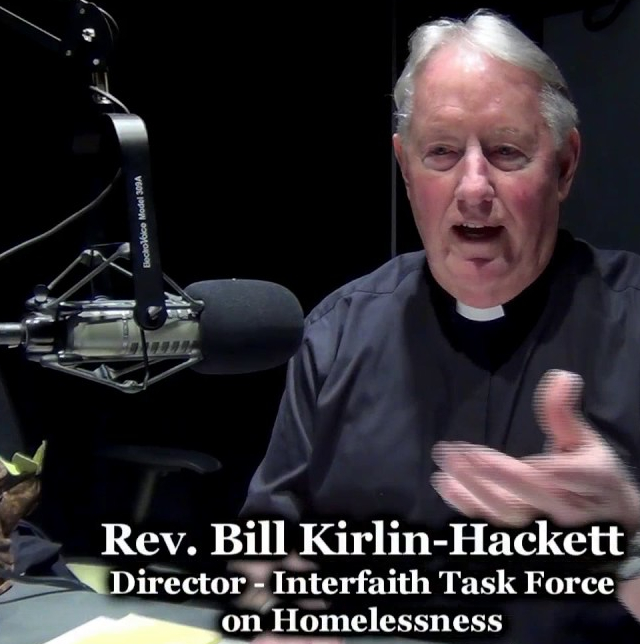 In each of us there is a wish, a dream, a vision, and it issues as fulfilling our deepest desire of what peace looks like. Our SMT knows that the homelessness system will not deliver that vision to Becky. So we’re putting out an “ad” through faith communities for some willing congregational-member family with some land on the fringe of town with an accessory unit on the property to house Becky and Baby, and then some interior space for a sewing machine.

It is an incomplete story, as most stories are. For now, they are both safe.

Bill Kirlin-Hackett
service organization partner and
member of the Program Advisory Board, Path with Art