“THIS IS WHERE THE MAGIC HAPPENS.” 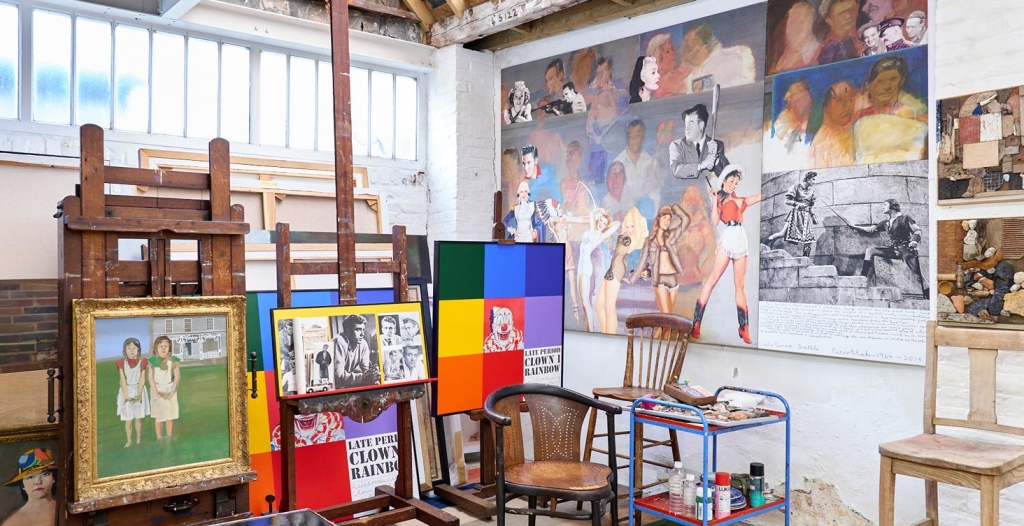 Learn more about Peter Blake, described as Britain’s ‘godfather’ pop art. Early in his career he started experimenting with collage. He “redefined what collage can be: a collision of media, genre, time and space.”

“Much like his collage, Blake’s studio displays a pathological passion for amassing a dizzyingly broad assortment of things. It’s a portal to another world, brimming with 50,000 items including a fleet of model ships and a dresser piled high with hats for every mood and occasion – this is where the magic happens.”