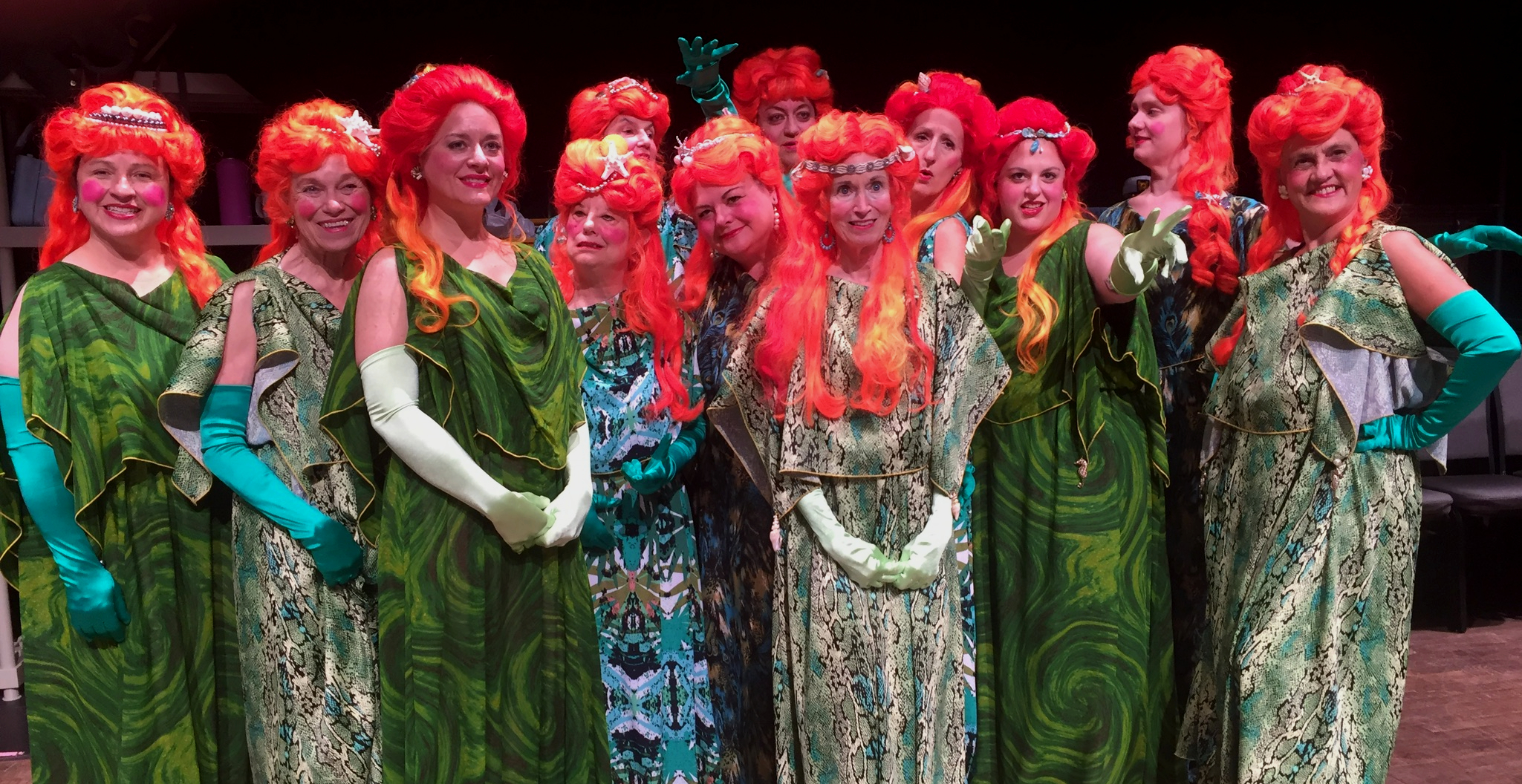 The Odyssey Experience
by Lynette Douglas

It was mid-November 2016 when I first read about the theatrical class offered at the Ballard Senior Center. This is all part of The Seattle Repertory’s Public Works Program. Someone from the Seattle Repertory Theater was teaching a class on the theater. WOW!!

This was a difficult time for me. I was facing a serious eye surgery and didn’t know what would happen to my sight. I was born with a form of cerebral palsy, which settled on the right side of my face.

Although I have successfully traveled to Australia, on the other side of the universe…

I was there for some volunteer work, for a Landmark Worldwide Team Management and Leadership Program,  did this as my final assignment. I made all the traveling and housing arrangements and with the help of some travel wise friends and actually stayed there, for three and 1/2 weeks, on my own. I still was very self conscious of my facial palsy and the disabilities accompanying it.

I was faced with a cataract surgery that could leave me blind. My palsy affected the nerves and muscles of my face and eyes. I could not move my eyes and certainly could not focus. The surgery would be a serious and my sight was at risk! It was indeed a scary time for me.

A year and a half before I had presented a booklet of six memoirs to my Fiftieth Year High School Class Reunion, and promised them a revised book of Memoirs within a year of our reunion. For obvious reasons, my promise went as broken. This theatrical class would lead to the opportunity to be on stage in a Seattle Repertory Production. This was appropriate for keeping a promise. Through out the next few months, my courage and unstoppabiliy to actual act on a live stage, took everything I had. My high school classmates and friends were very excited for me AND I delivered my promise in an accomplishment , far exceeding my expectations.

My eyes were weak, affecting my balance and my singing voice cracked some of the time. There was a few times when I almost gave it up….and there was my promise of producing something!

Maybe this was too much for me. Matt, Paul, Simone , Katrina Ann Marya’s support and enthusiasm kept me coming to the classes and were a vital part of my competing my role as a siren and Ithacan woman in The Odyssey!

I had so much resistance to fulfilling my roles in the play. There were obstacles to hurdle and it was often a real struggle to keep going.

A few days after I accepted the parts in the cast, I had news that someone, whom I had served a restraint order on, found my whereabouts. I was scared of him showing up and causing trouble. If I said something about I might be discouraged from going through with the play, so I went to the police and saught  the support of my priest, therapist and close friends.

According to reliable sources, he was too physically ill and brain damaged from the chemical abuse, he could not even take care of himself, much less, travel outside of his Arizona home town! My determination and unstoppability, led me on. I had no problems and this obstacle disappeared .

The most significant obstacle I had to hurdle was my disability and fear of what people would think. Maya’s  assignment for us was to make up our own individual character or for those with speaking parts, to study the script and put ones self in their own perception of this person, they portrayed. This was my saving grace.

My personal life was outwardly happy and successful, while I struggled, inside. I worked very diligently on my characters and my personal journey was adaptive to the Ithacan woman, Adelina who was coming to terms with her old age and the diabolical that came with it. I had non speaking roles and I was coping with my physical disabilities and that lively spirit that wanted to share in the struggles of her fellow Ithicans.

The three songs we sang and danced to, were mine, not only in the play, but this reality for me!

How far would you sail was a question I asked myself, every day. My physical limitations and the irony of our commander in chief coincided. Singing this song over and over instilled in my mind, the importance of sailing HOME. I bonded with the other cast and got the importance of being a part of a township and actually being a part of a play. We needed each other to make our story complete. As well, we needed each other to fulfill our dream of being on stage. I was unstoppable!

I dealt with stiff joints from dancing, for the first time in years and my inability to see my place on stage. We get by with a little help from our friends!

The turning point for me came with the first time, we did the whole play. It was the beginning of the most crucial part of our rehearsals. We were NOT to miss any rehearsals, from here on out. My body and head resisted this promise, but my heart and soul won out.

Somehow, I came to rehearsal an hour before I actually was expected. Seeing the play for the first time instilled the passion I had for being a part of this wonderful play. It was one of the final sets that brought home to me who I really am!

Odysseus has returned home. He conceals himself as a beggar and has won the arrow shooting competition. Penelope held for the selection of a new king. He shoots the arrow and makes the mark. The towns people knows then, who he is.

I was standing behind him as he declared his loyalty for his people. I was playing the part of Althea. The words “I will fight for you, my people!” were strong and I heard another voice, within me saying, “Lynette, you will keep living on, because you are… are… ARE the woman you already are!” In spite of the onset of cellulitis on the final performance day, the stage was my long-wanted opportunity to be the unstoppable and spirited woman I always have been and this time I totally GOT who I am!!

Today, two years later, I am preparing my audition for “As You Like It.” This is will be my second play for The Seattle Repertory Theater and now I feel an excitement I’ve never dreamt I would feel. Life has been good to me! My surgery was successful and my life is not the same. I’m living my dream and am indeed, unstopped by any obstacle that gets in my way. I am, after all, UNSTOPPABLE!!!

View all posts by lynettedouglass73

One thought on “The Odyssey Experience”