“Eighth Generation is a Seattle-based art and lifestyle brand owned by the Snoqualmie Tribe.  It was founded in 2008 when Louie Gong (Nooksack) — an artist, activist and educator widely known for merging traditional Coast Salish art with influences from his urban environment to make strong statements about identity — started customizing shoes in his living room. Now the first Native-owned company to ever produce wool blankets — with a flagship retail store in Seattle’s iconic Pike Place Market — Eighth Generation is a proud participant in the global economy.

“Eighth Generation provides a strong, ethical alternative to “Native-inspired” art and products through its artist-centric approach and 100% Native designed products. Our Inspired Natives™ Project, anchored by the tagline “Inspired Natives™, not Native-inspired,” builds business capacity among cultural artists while addressing the economic impact of cultural appropriation.”

Be sure to check out some of the incredible artists behind Inspired Natives™ Project, as well as Eighth Generation’s awesome blog! Artist Michelle Lowden (Acoma Pueblo) shares some of her experience in the video below:

Founder of OXDX, Jared Yazzie (Navajo/Diné) is a self-taught graphic artist, entrepreneur, and designer known for his bold, graphic style that incorporates vibrant Diné motifs with messages of Native empowerment. Through his bold art and products, Jared works to increase awareness of indigenous issues while simultaneously showcasing the beauty of Native culture. Jared Yazzie is also an Inspired Natives™ Collaborator with Eighth Generation.

From OXDX website: “OXDX is a Diné owned fashion label operating out of Tempe, Arizona. Our creative team offers unique content and designs to properly represent Native people. Our artwork brings to light indigenous issues and challenges the institutions censoring our existence. We hope to engage people with visual storytelling and quality products and we hope you will follow our journey.”

Check out the video below of one of their amazing fashion shows!

“Lloyd Henri “Kiva” New (Cherokee) was born in 1916 and is best known for fashion design and developing innovative concepts in culturally-based education for Native people. Earning a degree in art education from the Art Institute of Chicago in 1938, New taught painting at the Phoenix Indian School until enlisting in the Navy in 1941, where he served on the USS Sanborn on the Pacific Front. Upon returning to Phoenix after World War II, New became a charter member of the Arizona Craftsmen cooperative, a group of artists who helped develop Scottsdale, Arizona into a western center of handcrafted arts. New took the trade name Kiva in 1946, and the Lloyd Kiva Studio built an affluent clientele and earned national acclaim for handbags, clothing, and printed textiles throughout the 1950s. In 1961, New changed his career path, accepting a position as Art Director at the newly formed Institute of American Indian Arts (IAIA). New was appointed director of IAIA in 1967 and served in that capacity until his retirement in 1978. Although officially retired, New continued to be active in the Native arts community, serving on the Indian Arts and Crafts board, several boards of national museums, and engaging in writing and speaking engagements world-wide until his death in 2002.”

Bio from Institute of American Indian Arts. Check out some of the photos from their exhibition of New’s work.r

Since the beginning of the year, Path with Art staff have a tradition of sharing the work of Native American artists at the start of our weekly staff meeting. In honor of Native American Heritage Month, I wanted to begin sharing out some of these incredible artists that we’ve been learning about and admiring. Let’s start off with some writers, authors, and poets!

Deborah A. Miranda is an enrolled member of the Ohlone-Costanoan Esselen Nation of the Greater Monterey Bay Area in California. Her mixed-genre book Bad Indians: A Tribal Memoir (Heyday 2013), received the 2015 PEN-Oakland Josephine Miles Literary Award, a Gold Medal from the Independent Publishers Association, and was short-listed for the William Saroyan Literary Award. She is also the author of four poetry collections: Indian Cartography, The Zen of La Llorona, Raised by Humans, and the forthcoming Altar for Broken Things. She is coeditor of Sovereign Erotics: A Collection of Two-Spirit Literature. Deborah lives in Lexington, Virginia with her wife Margo and a variety of rescue dogs. She is the Thomas H. Broadus, Jr. Professor of English at Washington and Lee University, where she teaches literature of the margins and creative writing. Visit her blog, BAD NDNS. 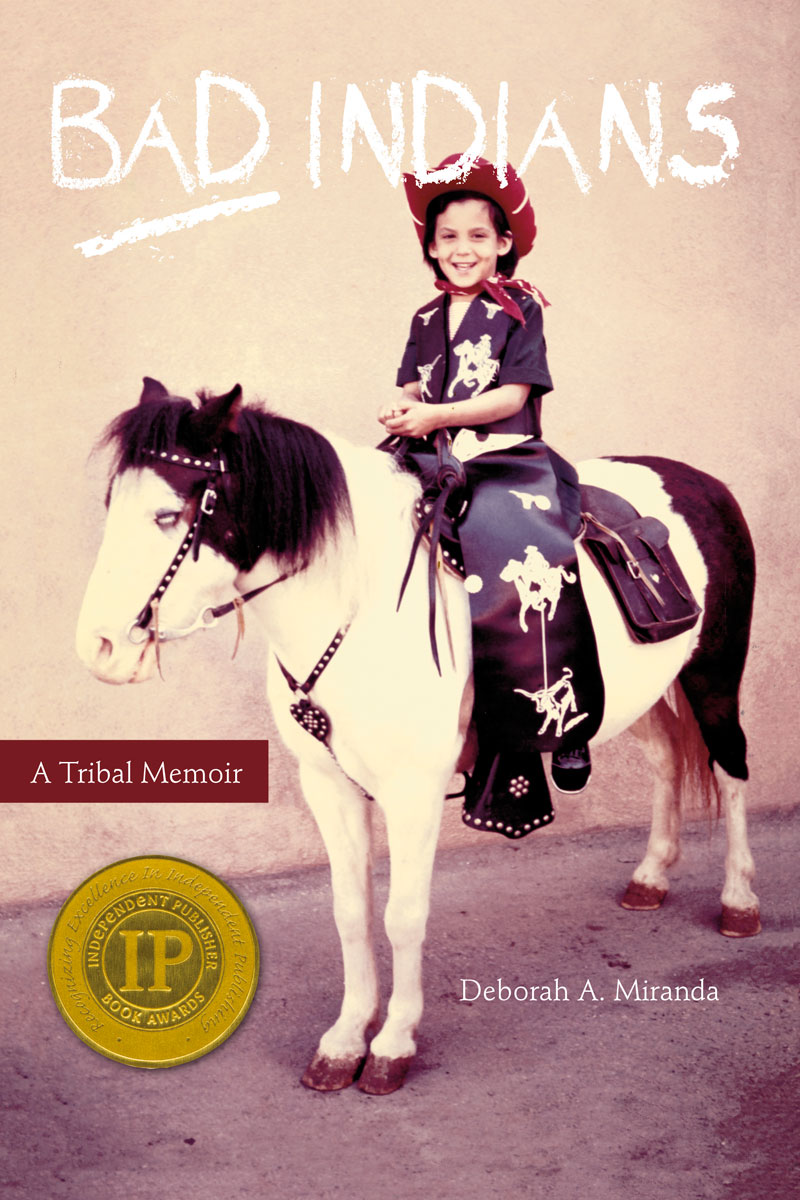 Buy Bad Indians from an Indigenous-owned bookstore or borrow it from the Seattle Public Library!

Robin Wall Kimmerer is a mother, scientist, decorated professor, and enrolled member of the Citizen Potawatomi Nation. She is the author of Braiding Sweetgrass: Indigenous Wisdom, Scientific Knowledge and the Teachings of Plants, which has earned Kimmerer wide acclaim. Her first book, Gathering Moss: A Natural and Cultural History of Mosses, was awarded the John Burroughs Medal for outstanding nature writing, and her other work has appeared in Orion, Whole Terrain, and numerous scientific journals. She tours widely and has been featured on NPR’s On Being with Krista Tippett and in 2015 addressed the general assembly of the United Nations on the topic of “Healing Our Relationship with Nature.” Kimmerer is a SUNY Distinguished Teaching Professor of Environmental Biology, and the founder and director of the Center for Native Peoples and the Environment, whose mission is to create programs which draw on the wisdom of both indigenous and scientific knowledge for our shared goals of sustainability. 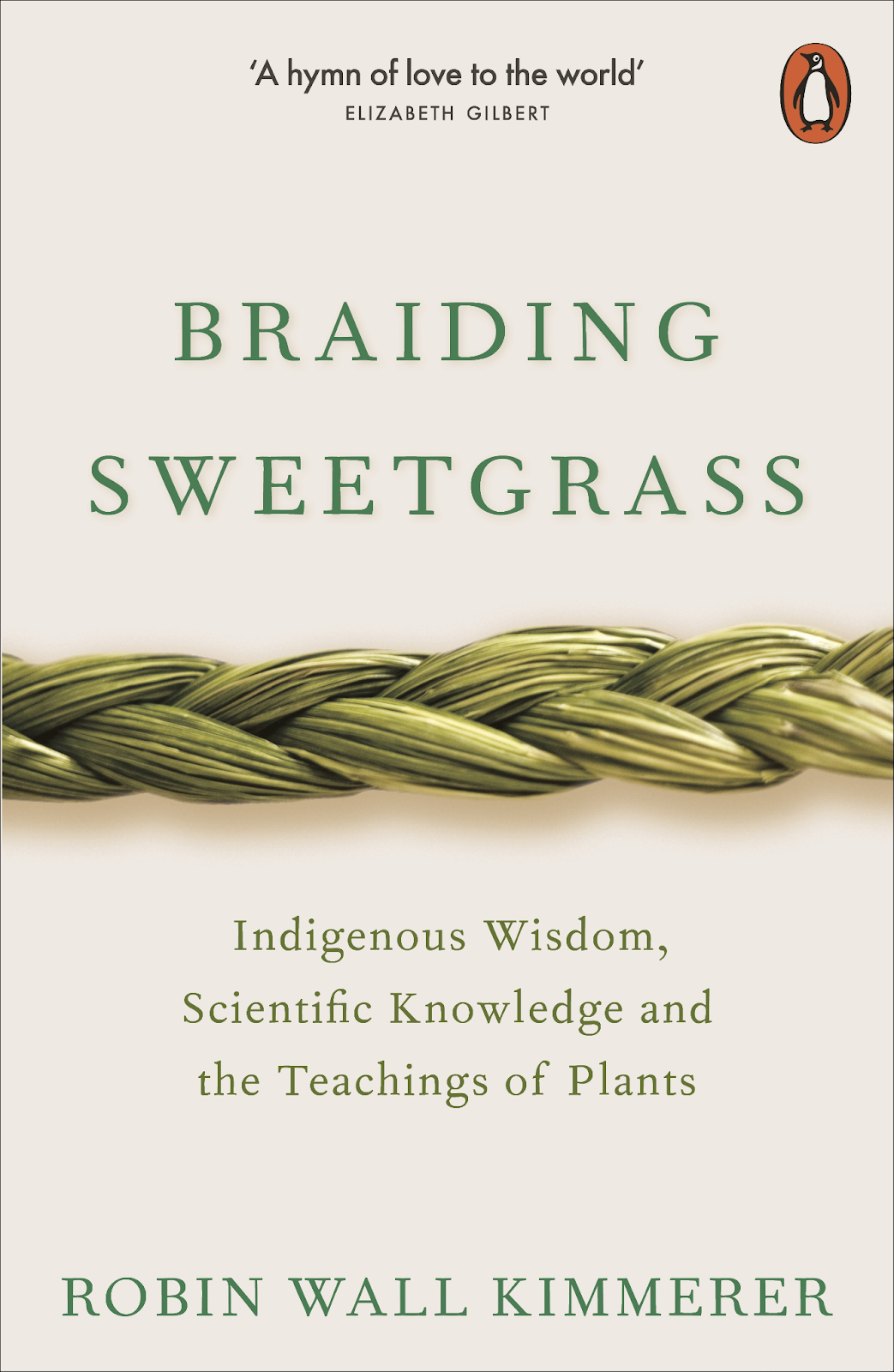 Buy Braiding Sweetgrass from an indigenous-owned bookstore or borrow it from the Seattle Public Library!

Rebecca Roanhorse is a NYTimes bestselling and Nebula, Hugo, and Locus Award-winning speculative fiction writer and the recipient of the 2018 Astounding (Campbell) Award for Best New Writer. Rebecca has published multiple award-winning short stories and five novels, including two in The Sixth WorldSeries, Star Wars: Resistance Reborn, Race to the Sun for the Rick Riordan imprint, and her latest novel, the epic fantasy Black Sun. She has also written for Marvel Comics and for television, and had projects optioned by Amazon Studios, Netflix, and Paramount TV. Find her Fiction & Non-Fiction HERE. She lives in Northern New Mexico with her husband, daughter, and pup. She drinks a lot of black coffee. Find more at https://rebeccaroanhorse.com/ and on Twitter at @RoanhorseBex. 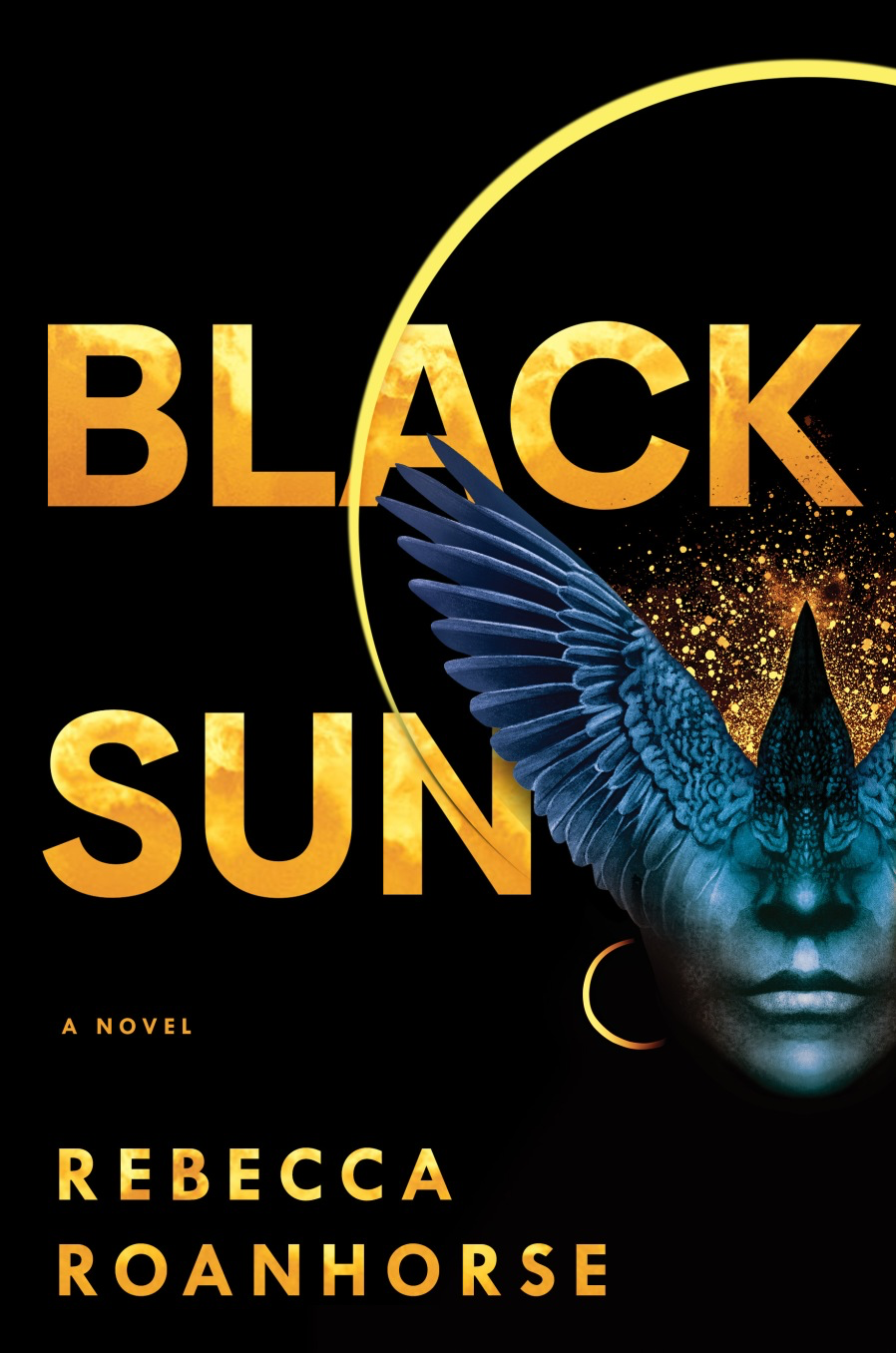 Buy Black Sun from an Indigenous-owned bookstore or borrow it from the Seattle Public Library!

Joy Harjo is an internationally renowned performer and writer of the Muscogee (Creek) Nation. She is serving her second term as the 23rd Poet Laureate of the United States. The author of nine books of poetry, including the highly acclaimed An American Sunrise, several plays and children’s books, and two memoirs, Crazy Brave and Poet Warrior, her many honors include the Ruth Lily Prize for Lifetime Achievement from the Poetry Foundation, the Academy of American Poets Wallace Stevens Award, two NEA fellowships, and a Guggenheim Fellowship. As a musician and performer, Harjo has produced seven award-winning music albums including her newest, I Pray for My Enemies. She is Exec­u­tive Edi­tor of the anthol­o­gy When the Light of the World was Sub­dued, Our Songs Came Through — A Nor­ton Anthol­o­gy of Native Nations Poet­ry and the editor of Living Nations, Living Words: An Anthology of First Peoples Poetry, the companion anthology to her signature Poet Laureate project. She is a chancellor of the Academy of American Poets, Board of Directors Chair of the Native Arts & Cultures Foundation, and holds a Tulsa Artist Fellowship. She lives in Tulsa, Oklahoma. 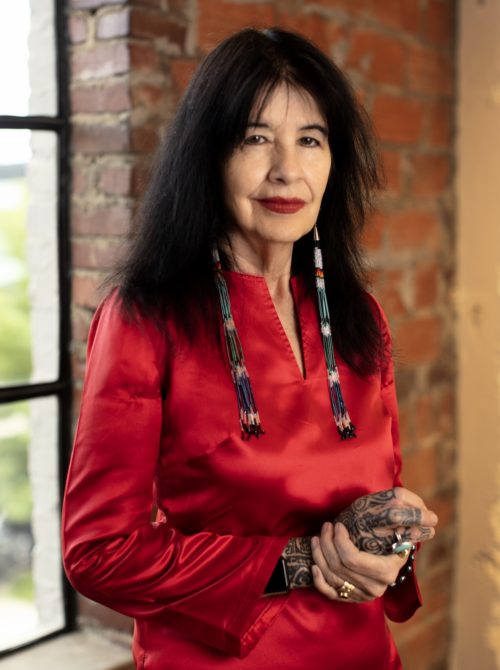 Read some poems by Joy Harjo via Poetry Foundation or borrow a book from the Seattle Public Library!

A great, little piece from Smithsonian Magazine on quilting, with a video and links for learning more, including the National Quilt Collection.

This Google Doodle is by artist Arron Croasdell, based in Dublin, and honors that beloved Irish holiday celebrated worldwide: St. Patrick’s Day.

“Being an Irish designer, it’s so nice to
represent our national holiday on a global scale.”

The artwork features symbols that represent Ireland’s geography, architecture, and history. The first icon signifies the country’s verdant mountains, forests, and lighthouses. The imagery in the first “o” is a nod to the hands and heart of the legendary Claddagh ring, a symbol of love, loyalty, and friendship. The second “o” incorporates a vase holding Irish wildflowers — spring squill and crocuses — and a three-leafed clover, an emblem of Ireland that represents faith, hope, and love.

“I want people to know
that Ireland is more than just
the stereotypes. It has a vibrant
culture and landscape, as well as
a thriving design and illustration scene.”

A depiction of the numerous rivers that run through many Irish towns and cities replaces the “g” as the “l” stands for Ireland’s woodlands, many of which are being restored thanks to reforestation efforts. Finally, the “e” is replaced by a Celtic knot, a symbol of hope in the infinite interconnectedness of humanity.

One of my ancestors was born on March 17ᵗʰ in 1764, somewhere in Ireland, so the holiday has a double meaning for me, a special significance. He came to America with his wife and two children in 1790.

Learn about the Chinese New Year, the traditions and the taboos. Celebrations are weeks-long, culminating in the Lantern Festival on February 26ᵗʰ this year.

ACROSS SIBERIA AND THE FAR EAST 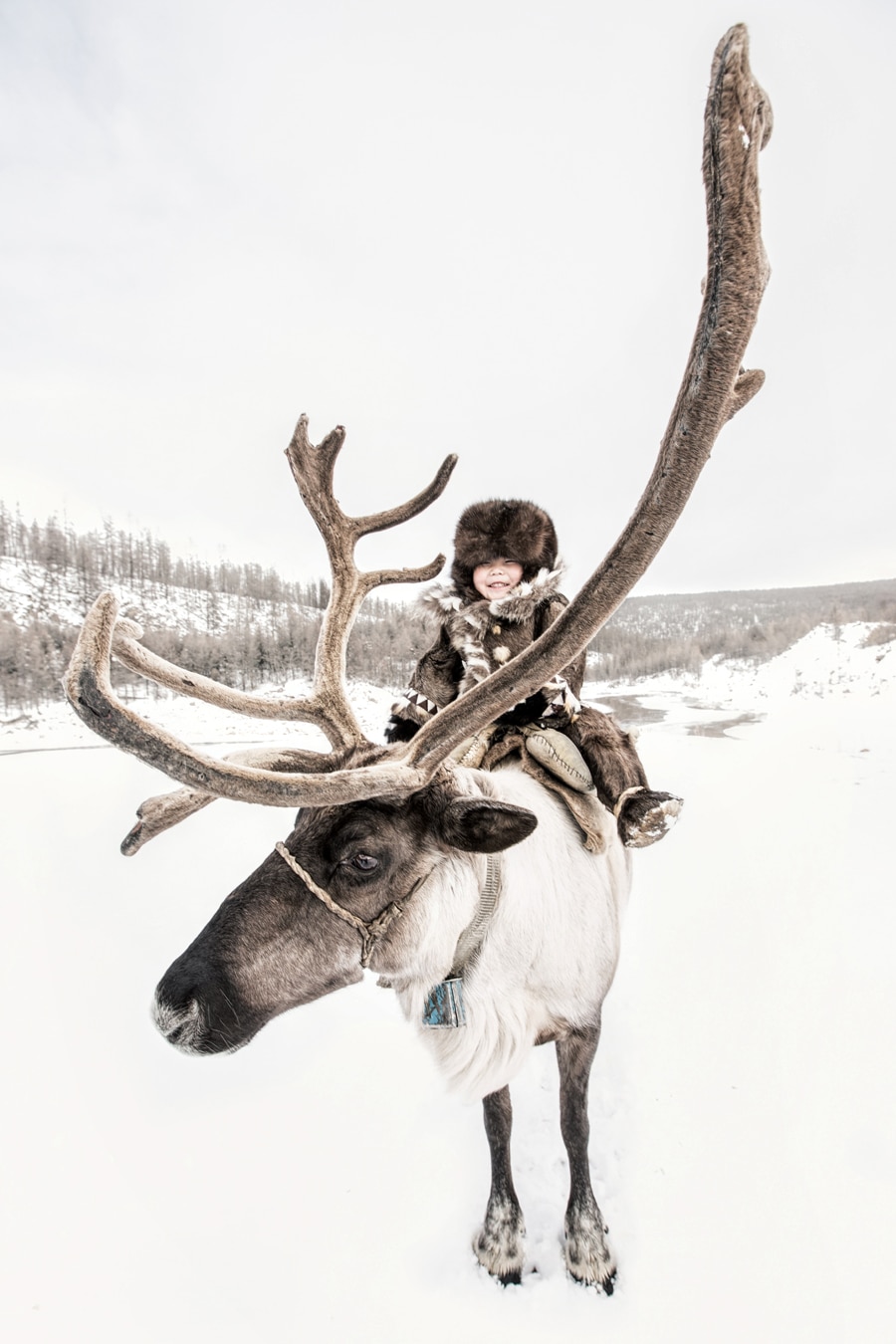 A photographer has trekked more than 40,000 miles across Siberia and the Far East in Russia capturing the faces of vanishing ancient cultures with his camera.

“My life is my travels, or better, wanderings, since I spend most of the time on the road. It took years of travel to realize that not the new places but the people left the biggest impressions and shaped me as a person.”